Władysław Biegański – a physician, logician and philosopher of medicine

Władysław Biegański – a physician, logician and philosopher of medicine 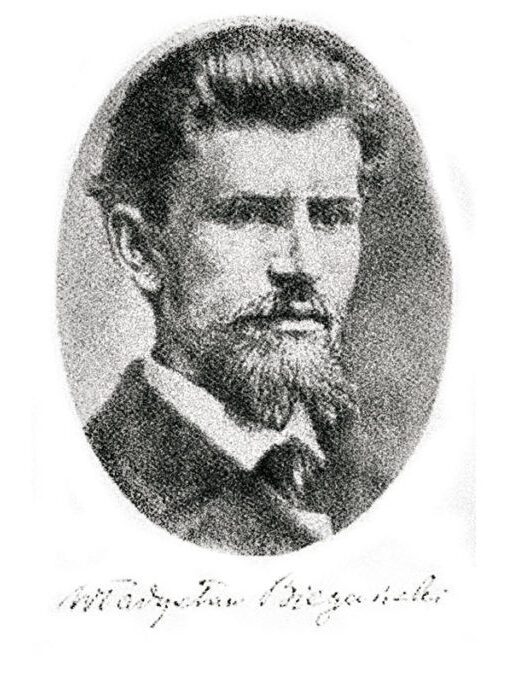 Władysław Biegański was born on 28 April 1857 in Grabowo in the Ostrzeszów poviat, which was then a part of the Grand Duchy of Posen. He attended the gymnasium in Piotrków Trybunalski where he also passed his matura examinations. He chose to study medicine, which allowed him to combine his passion for broadly understood natural science with his interest in humanities, while providing a meaningful profession. He enrolled into the Medical Faculty of the University of Warsaw. During his studies, he was attracted by philosophy and it is known that he attended the lectures on this subject whenever possible. He received his medical diploma in November 1880 and accepted the position of a country doctor in the Kaluga Governorate three months later. Having gathered the appropriate funds, after less that two years of work, he went to Berlin. This was a typical scientific journey, during which he was able to learn the most recent achievements in the fields of anatomic pathology, neurology, psychiatry and internal medicine at the time. Then, after a two-month treatment in a sanatorium, he went to Prague, where he completed an internship in women’s diseases and obstetrics.

In 1883, he returned to Poland and took up residence in Częstochowa, where he became a hospital physician and opened a private practice at the same time. He organized and managed a railway clinic and he also treated patients in the infirmaries of the “Częstochowianka” and “Motte” spinning mills.  He also taught logic at a male gymnasium. He was a co-founder and the first president of the Medical Association in Częstochowa and a member of the Warsaw Scientific Society and the Academy of Learning in Cracow. In 1914, the Jagiellonian University offered him the position of the chair of the logic department, but he did not pursue it. His already deteriorating health and the outbreak of the World War I forced the scholar to abandon moving to Cracow. He died on 29 January 1917 in Częstochowa.

Biegański remains one of the most important representatives of the so-called Polish school of philosophy of medicine and his scientific achievements include almost 200 works published in print. They cover a wide range of research problems, which should be categorized into those belonging to the fields of medical practice and theory, philosophy of nature, philosophy of medicine, medical ethics and deontology, medical methodology, history of medicine and, most of all, logic. It was the analysis of logical issues that was to bring him the greatest publicity. His Logika medycyny [The Logic of Medicine], which was first published in 1894, aroused a vivid interest and was widely discussed in the Polish medical circles. There were also some voices of critic. Well-deserved, we may add. However, the second edition of 1908, which was very different from the first one, was an elaborate work which constituted a thoroughly considered and precisely argued lecture. The book, whose full title was Logika medycyny, czyli krytyka poznania lekarskiego [The Logic of Medicine or The Critique of Medical Knowledge], was translated into German, thus entering the circulation of contemporary European science. Medizinische logik. Kritik der ärztlichen Erkenntnis received many good foreign reviews, even enthusiastic in some cases, and mostly highly positive. In compilations on the philosophy and logic of medicine, the Biegański’s name is mentioned along with the English physician Gilbert Blane and the Austrian Friedrich Oesterlen, who are considered to be the pioneers of modern medical methodology. It has been and still is a subject of interest and a source of inspiration for Polish philosophers and theoreticians of medicine, which is understandable.

Biegański intended Logika medycyny to include the entirety of issues faced by physicians, while providing a critical review, in line with its title, of both the network of concepts used and the course of clinical and experimental procedure. In other words, Biegański strived to create robust foundations of medical methodology which would be based on the rules of formal logic and, therefore, objective. This enabled him to formulate an original definition of disease, which still appears to be astoundingly up-to-date despite the fact that over one hundred years have passed since it was written: “It is a range of correlated changes to just the function or the organization and functions of a living organism, which result directly or indirectly from stimuli to which the organism is not adapted.”

Biegański is equally perceptive when considering the necessary conditions in understanding diseases, where a medical diagnosis is only a precondition to the causative and purposeful study of diseases, which naturally connects clinical medicine with experimental procedures. Only organized study of diseases subject to the discipline of the methodology outlined in this way can allow produce an effective tool for formulating medical indications. In Biegański’s opinion, the determination of the co-existing elements of a disease and distinguishing the causes, while indicating those which should be considered the most dangerous, should lead to their elimination or, if not possible, adequate modification, which would open the door to an effective therapy.

For Biegański, medicine is a special case of biological sciences, in which in addition to examining the specific – we might say anatomical and physiological – properties of a living organism, we need to examine whatever is distorted and disturbed by the disease. However, in this scientific procedure to which the physician from Częstochowa so clearly refers, we cannot lose sight of superior matters, i.e. the moral grounds of our actions, even for a moment. These are most fully expressed in the happiness which can only be achieved when we do good for other people. That is why Biegański focused so much on the ethics, including medical ethics, in his work. His words “Someone who is not a good man cannot be a good doctor,” which have often been cited later on, still remain valid.