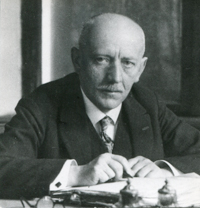 Wachholz’s interests were broad and diverse. He had significant achievements in the field of physical evidence examination and he was a world-class expert
on forensic toxicology and thanatology. His contribution to the development of modern criminology is undoubtedly significant. His works on the subject of the history of medicine, including the history of his discipline, remain valuable to this day. His constant interest in art, in particular literature, was more than just a passion.

In the opinion of professionals, Wachholz’s translations of works of famous authors such as Goethe, Schiller or Heine were exquisite.  At the Cracow center, Wachholz established one of the leading scientific schools in Europe at the time, collaborating with many prominent forensic physicians.Together with Włodzimierz Sieradzki, he managed an extensive research program, including research in an experimental model, concerning the mechanisms of carbolic acid, strychnine and phosphorus poisoning and the resulting respiratory system lesions. The issue of carbon monoxide poisoning was of particular interest to Wachholz.  The method for detecting carbon monoxide poisoning developed by the two researchers was innovative at the time and is the conventional method nowadays. The starting point consisted in the analysis of changes occurring in hemoglobin derivatives under the influence of carbon monoxide, which resulted in establishing an effective method for carboxyhemoglobin isolation, which was later called the Wachholz-Sieradzki test.

In 1902, Wachholz presented the results of a joint research investigation conducted together with associate professor Lemberger. The scientists proved that carbon dioxide penetration through the skin of a cadaver which had been placed in a carbon oxide atmosphere is intensive and large amounts of this compound enter a dead body in a relatively short time. Wachholz’s further work proved that carbon dioxide penetrates cadavers and its accumulation in the organs is heterogeneous, and its concentration in the blood of a person who died from carbon monoxide poisoning is higher than in cases of acute coal gas poisoning.

He gained a well-deserved renown thanks to the research on the mechanism of drowning, which Wachholz conducted together with Stefan Horoszkiewicz and which was published in 1904 in the article entitled O fizjo-patologicznym mechanizmie utopienia [On the Physiopathologic Mechanism of Drowning]. Having reviewed the subject literature available at the time, by means of experimental trials, the scholars demonstrated that the greatest amounts of liquid enter the lungs in the phase of breathlessness, which was contrary to the previous commonly accepted view which associated increased intake of fluid by the lungs with the phase of final breaths. 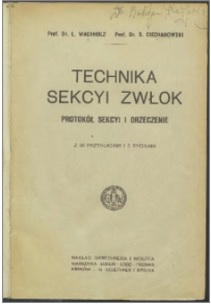 Wachholz is also the author of an original method of determining the age of a cadaver by investigating around the process of humeral head ossification. Having examined 200 cadavers, he was able to determine the age thresholds between full maturity and the time of onset of regressive changes at an old age by examining the epiphyseal cartilage and intramedullary cavity in the proximal humeral epiphysis.

Wachholz also authored a number of monographs. Together with Jan Olbrycht, he wrote Medycyna kryminalna [Criminal Medicine], thus creating the foundations of modern criminalistics. Wachholz argued then that criminal offences are determined both by biopathology and the impact of the social environment. First issued in 1919 and now considered a classic, the textbook entitled Medycyna sądowa [Forensic Medicine] had four consecutive editions before the outbreak of the Second World War.  The elaboration entitled Technika sekcji zwłok. Protokół sekcji i orzeczenie [Autopsy Technique. Autopsy Protocol and Opinion], written together with Stanisław Ciechanowski, was highly appreciated. Psychopatologia sądowa [Forensic Psychopathology], which was published in 1923, was the first elaboration of this type in Poland and was one of the most modern achievements in this field of medicine globally at the time.