Strengths of the Global Burden of Disease Study

A proper health assessment is important at a national level and above all at an international level since it is precisely regional and international comparisons that show the strengths and weaknesses and the target and priority areas for intervention. For these comparisons to be possible, it is necessary to have at the same time reliable information on the factors influencing the health status of the population. A consistent and comparative description of the burden of disease and injury and the determinants of health are the basis for planning effective health interventions. For a long time, information on the health status of populations worldwide was fragmented and often inconsistent. A distinctive feature of the Global Burden of Disease Study is introducing new concepts and measures into the terminology that reflect the multidimensional importance of health problems. The measures used in the GBD study provide answers to issues that need to be understood to take targeted action to improve the health of the population in a way that complements previously known methods for describing the epidemiological situation of communities. They offer users the possibility to compare different populations, locations and periods, previously unavailable in other reports.  They also determine the magnitude of the impact of risk factors on the health of a population, which was not present in such broad measures of health before the advent of GBD. 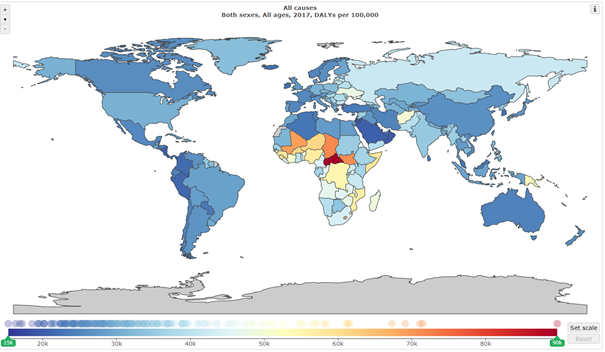 In its analyses, GBD uses all available sources, both reporting and scientific, using, among others, censuses, insurance data, disease registries, birth and death registry data, surveys and population studies, scientific literature. Some of the data sources are publicly available, and other sources are made available by regional partners (government institutions) or through a network of more than 3,000 GBD contributors working with IHME, whose role is to simultaneously help understand the regional context and method of data collection The GBD study relies on compiling multiple data sources, often specific to individual country systems. Due to possible methodological differences in the measurement techniques used and/or the definition of concepts in different corners of the world, GBD uses methods to standardise all input data to be homogeneous and comparable. GBD analytical efforts focus on cleaning the data of possible duplicate and implausible information and outliers and reassigning causes of death to more likely ones (recoding).

GBD analyses cover more than 360 health measures for 250 countries by region, age and sex differences. In addition to the substantive opportunities arising from these analyses, they pose considerable technical and IT challenges. For analyses in 2017, nearly 3.4 billion estimates were made with the participation of more than 3,000 contributors from around the world. This was possible thanks to modern technologies, including artificial intelligence and mathematical models, among others.

Due to the fact that raw national data vary in terms of quality, it is necessary to use mathematical estimation techniques to measure the global burden of disease. Mathematical models can help detect patterns that are most likely to reflect the actual health status of a population amidst the noise of imperfect data (inputs). Small study sample sizes, diverse measurement methods and techniques, information gaps and miscoding can lead to uncertainty in the data and consequently present an erroneous status of the actual burden of a given disease. The model can help to identify trends that would otherwise be difficult to detect. The GBD uses statistical models to create the most accurate picture of the global health of the population. As a result of the cooperation with a group of experts and efforts of international GBD contributors, it is possible to make continuous technical improvements to increase the accuracy of the model. With each iterative update of the GBD study, all estimates are recalculated with respect to time series, location, sex and causes of diseases and injuries.

More information on the detailed process of developing GBD estimates is available in the resource materials published by IHME, which describe the various stages of estimating causes of death, DALYs, risk factors and others (http://www.healthdata.org/acting-on-data) and (http://ghdx.healthdata.org/gbd-2017/code). The results, data sources and a description of the methods used, updates and improvements with each edition of the study are also published in a special issue of LANCET (https://www.thelancet.com/gbd) as extensive supplements.

Why is GDB worth promoting in Poland?

Decisions made in healthcare in Poland are based on analyses whose main sources are statistical and reporting systems operating to collect and process health data on the Polish population. The presented picture of the health status of the population is based on possibly all available data coming mainly from routine information systems, which, among others, include death statistics, data on reporting infectious diseases or medical records kept by institutes.

Most of these systems operate under the Statistical Survey Programme of Public Statistics approved annually by the Prime Minister. The existing information systems in the country are clearly insufficient for proper monitoring and in-depth assessment of the health status of the whole population and its threats. In the current description of the epidemiological situation of the population, there is a paucity of good information about less severe health conditions not leading to hospitalisation or death and not belonging to the relatively small group of diseases covered by special records or compulsory reporting. Another problem in assessing the epidemiological situation in Poland is the presence of a significant fraction of misclassified causes of death.

In 2016, according to analyses by the National Institute of Public Health – National Institute of Hygiene, the third most significant group of causes of death in Poland was inaccurately classified, i.e. the cause of death included a description of symptoms, referred to abnormal laboratory test results and was inaccurately classified or simply unknown (ICD-10 R00-R99). The above applied to one in thirteen deaths and was characterised by a large variation among voivodships. To improve the data that currently describe the health of Poles, it was necessary to implement a tool that would allow eliminating the main factors influencing the distortion of the true epidemiological picture of the country. Analyses of the Global Burden of Disease Study are a tool that makes it possible. Thanks to the applied methodology of the GBD study, it is possible to learn a precisely defined distribution of causes of diseases, risk factors, in relation to Poland and voivodships, for different age groups and sexes. Accurate information on the health status of the population is the basis for taking effective health actions and promoting appropriate attitudes. The GBD methodology has been applied to many health programmes and health policy documents in many countries around the world. In 2019, following their example, GBD analyses enriched the scope of the new Maps of Health Needs, describing the health situation of Poles between 1998 and 2018.

Examples of documents based on GBD: 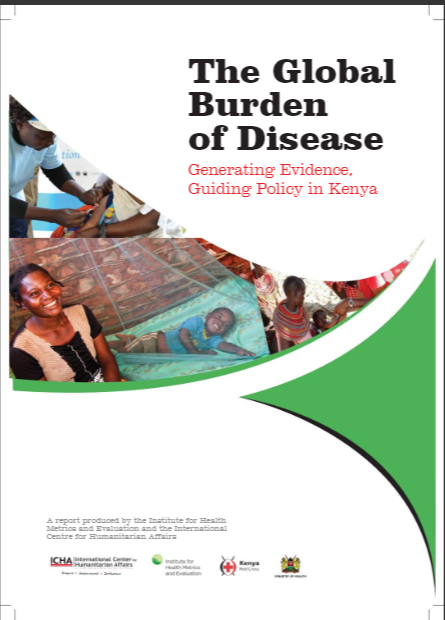 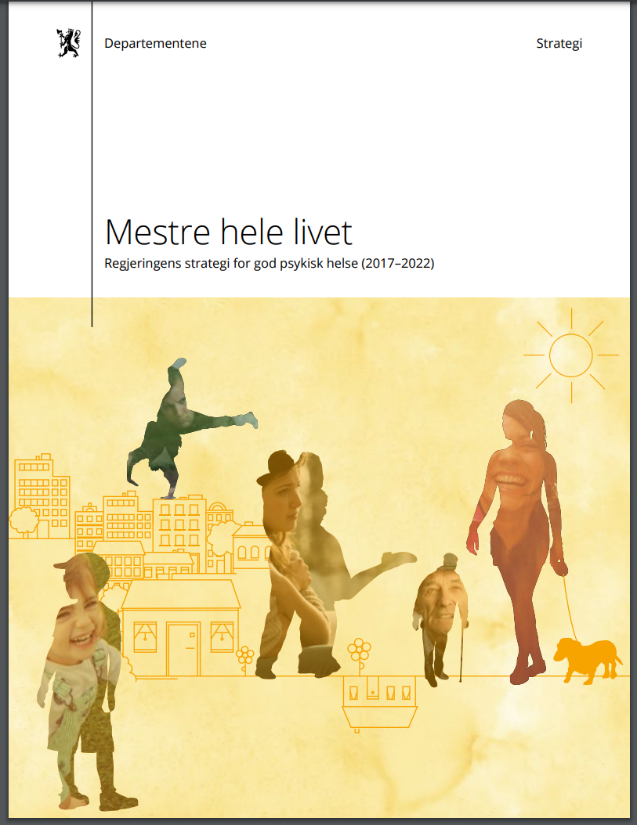 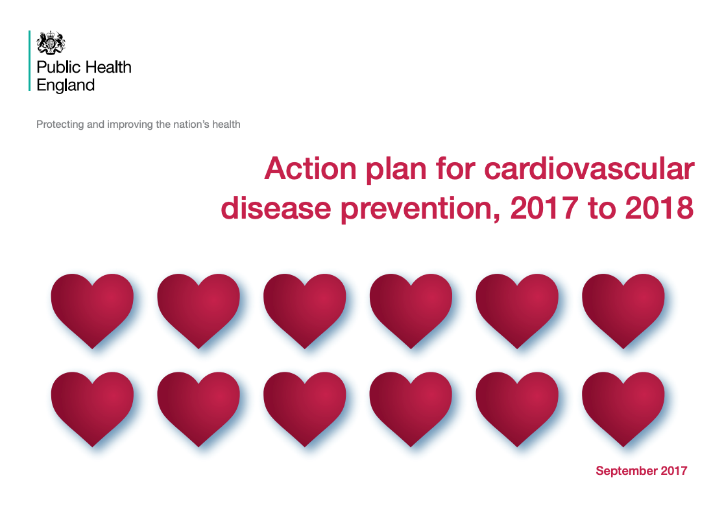