More than PLN 18 billion for, among other things, minimum wage increases. Additionally, an increase in the lump sum payment and higher valuation of internal medicine healthcare services

On an annual basis, more than PLN 18 billion from the NFZ budget will be earmarked for, among other things, an increase in minimum wages in health care. By the end of 2022, around PLN 350 million more will be allocated to hospitals. This is the result of an increase in the lump sum payment and an additional qualitative adjustment of the lump sum payment for facilities of the first and second reference level of the hospital network, i.e. mainly poviat units. New tariffs will also be announced this year for, among others, services related to internal diseases.

The increase in minimum salaries in health care is guaranteed by law. The amendment to the Act on the manner of determining the lowest basic salary for certain employees employed in healthcare entities states that the funds for higher salaries have been included in the pricing of medical services and not, as before, in a separate stream of funds, independent from the performance of healthcare services for patients. 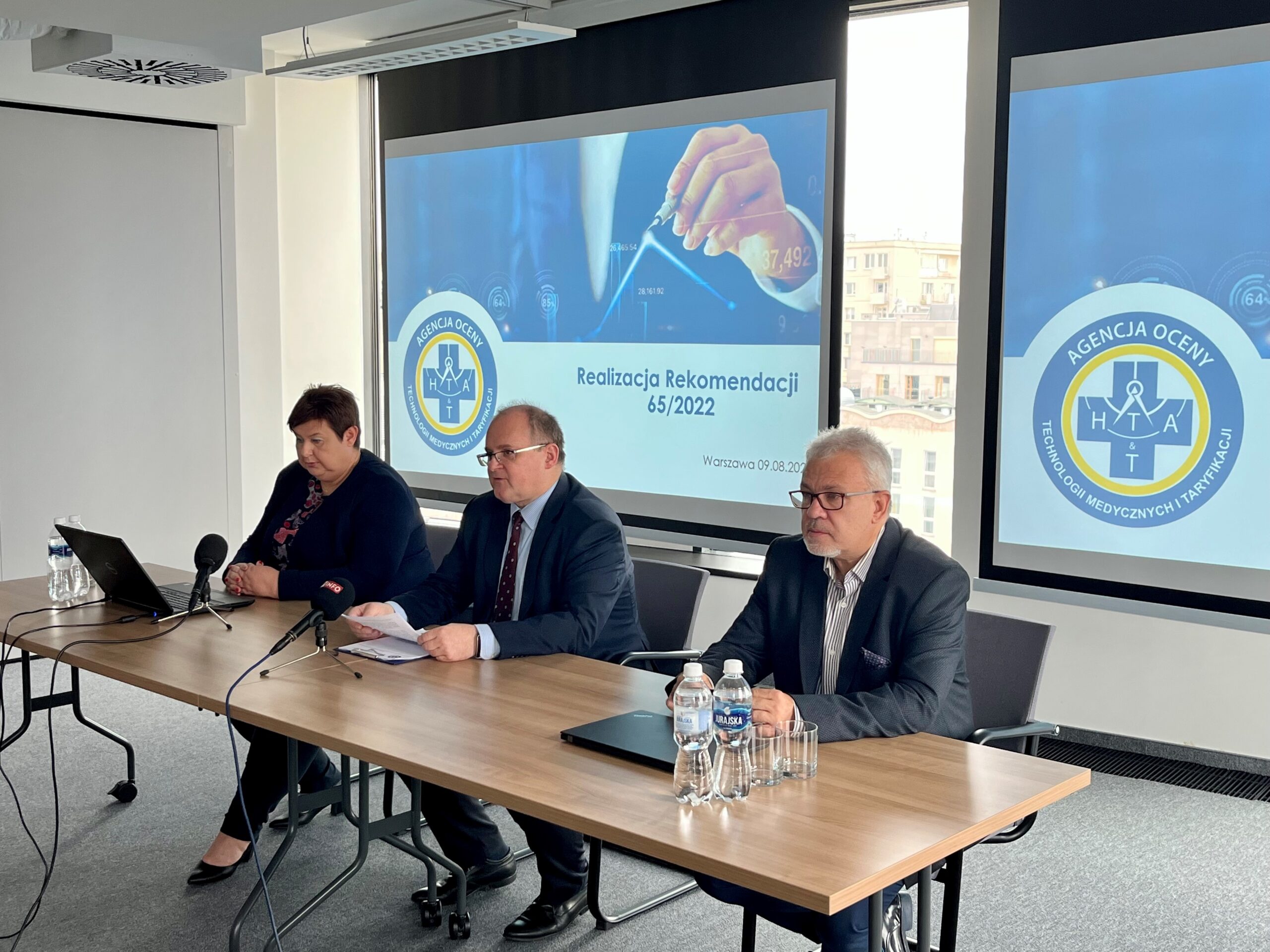 Money for increases in the payment for healthcare services. The AOTMiT has prepared a recommendation

In accordance with the recommendation of the Agency for Health Technology Assessment and Tariff System (AOTMiT), the funds for increasing minimum salaries in health care have been included in the increase in the pricing of health care services. Multiple stakeholders – including, among others, employers’ organisations, representatives of district (poviat) hospitals and local government officials – advocated this way of distributing funds for salary increases.

– We collected data needed to estimate the scale of pricing increases from more than 350 hospitals, including 220 hospitals belonging to the first and second level of the system of basic hospital health care provision (in Polish: PSZ), that is mainly poviat facilities. I should add that we extended the deadline for collecting this data twice. In the end, we based our recommendation on calculations from more than 1,660 medical facilities –  emphasised Magdalena Dzierwa, deputy director of the Tariff System Department, at a press conference held on 9 August at the headquarters of the Agency for Health Technology Assessment and Tariff System.

The Agency prepared two scenarios of the recommendation. The first concerned securing funds to cover salary increases resulting directly from the Act. The second, broader scenario additionally included funds for salary increases for contractual employees and support and administrative staff. At the same time, the higher pricing of services proposed in the second scenario also included increased operating costs of medical facilities. The Minister of Health decided to implement the second variant of the AOTMiT recommendation, which is more favourable for medical facilities and their staff.

– We have calculated that the cost of implementing the recommendations in the second scenario will amount to more than PLN 18.5 billion per year, which is 22.4% of the value of the contracts with NFZ (excluding the sum of coefficients referred to in § 16 of the General Terms and Conditions of Health Care Provision Contracts, drugs used under drug programmes, and active substances used in chemotherapy). This scenario also takes into account the effects of inflation and an increase in funding in, among others, the area of psychiatric care for adults, palliative and hospice care, paediatrics and oncology, as well as in the area of services provided in the home setting –  Roman Topór-Mądry, the President of the Agency for Health Technology and Tariff System, pointed out during the conference.

Among other things, the regional branches of the National Health Fund have prepared and sent annexes to hospitals, taking into account the increase in pricing of services proposed in the AOTMiT recommendation.

– We have already signed 80% of annexes to the contracts with hospitals belonging to the hospital network (PSZ). In the case of poviat hospitals, this amounts to approximately 70%. In eight voivodeships all annexes have been signed with the hospitals or the process is being finalised – Bernard Waśko, Vice-president of the NFZ for medical affairs, told at a press conference.

Successive signed annexes are being received from the Fund’s branches on an ongoing basis.

Additional PLN 350 million for hospitals. New tariffs in the near future, among others for internal medicine services

The scale of the contract value increase may vary from one hospital to another, as it depends, among other things, on the type and number of services provided. Therefore, during the transition period, that is replacing the model of transferring increase funds through an independent funding stream by a model of higher pricing of services, additional funds will go to poviat hospitals. A total of up to PLN 350 million.

– We are already planning to increase the amount of the lump sum payment for the hospitals in the network (PSZ) from August this year, which will provide these facilities with higher revenues of around PLN 235 million by the end of the year. We will also introduce an additional adjustment factor of 2%. This will entail another increase in revenues of hospitals by about PLN 115 million by the end of the year, but this solution will be intended only for facilities of the first and second level in the system of basic hospital healthcare provision (PSZ), that is mainly poviat hospitals – the NFZ Vice-president assured.

In parallel, the Agency for Health Technology Assessment and Tariff System is completing works on amending tariffs in service areas important for poviat hospitals.

– Still this year, we will introduce changes to tariffs for services provided in internal medicine, the ED and emergency rooms, as well as night time, Sundays and public holiday health care services. We are concurrently finalising work on new tariffs in neonatology and urology – the head of AOTMiT specified.

The NFZ is also open to increasing the value of contracts for hospitals that will provide more services for patients and to amending contracts when a hospital decides to change its profile of activity. In this case, these are specific management decisions of hospital directors and the bodies that run them, which will be individually agreed upon with the directors of the Regional Branches of the NFZ.