Józef Brudziński – a pediatrician and neurologist

Józef Brudziński – a pediatrician and neurologist 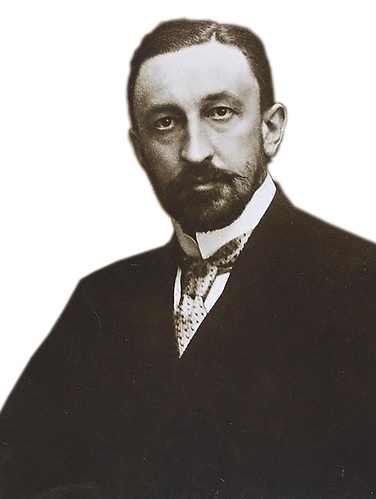 “Brudziński upper sign” and “Brudziński lower sign” are well known to every physician and many patients, because these meningeal signs, which were described over a century ago, are still included in the canon of clinical diagnosis.

Who was Józef Polikarp Brudziński, whose name has been commemorated in the eponyms for both signs? He was born
in a landowner family that held a small land estate named Bolewo, located in Mazovia between Mława
and Ciechanów. He received his preliminary education at his family home, continued at the 4th Gymnasium in Warsaw. After passing his matura examinations, he decided to undertake medical studies, enrolling with the Imperial University of Warsaw. However, only after the first semester, he moved to Dorpat (Tartu), one of the best universities in Russia at the time, where he spent the next three years.

He completed his medical education at the university in Moscow, where he received a medical diploma in 1897. In line with the custom at the time, Brudziński set out on a scientific journey, starting with a short stay in Warsaw to complete an internship at the internal medicine department of the Jewish Hospital. Next, he went to Cracow, where he became acquainted with modern pediatrics
at the University Clinic of Pediatric Diseases of the St. Louis Hospital managed at the time by Prof. Maciej Leon Jakubowski. It was there that Brudziński definitely confirmed his choice of medical specialization.

He knew then that he was going to be a pediatrist. In 1898, he came to Graz, where he had the opportunity to learn from one of the pioneers of clinical bacteriology, Theodor Escherich, who discovered Escherichia coli. Escherich made a great impression on the young physician, shaping his interest around the microbiology of the digestive system of children and infants. In autumn of 1899, Brudziński left for Paris, where he worked, among other places, at the pediatric clinic of Prof. Jacques-Joseph Grancher. 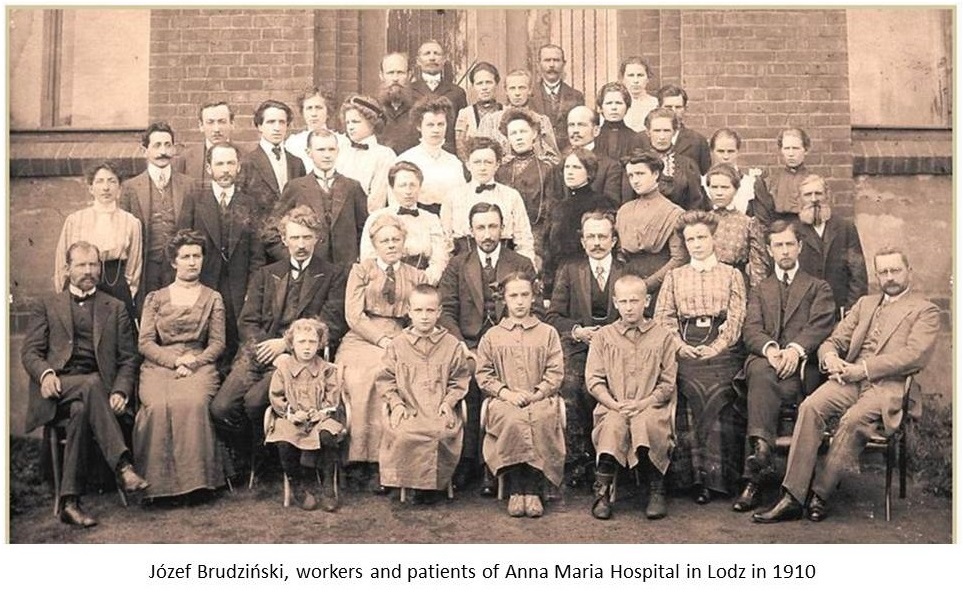 One year later, he was visiting hospitals in the United Kingdom and then in Vienna and Innsbruck, as well as in Switzerland and Cologne. When he returned to Warsaw by the end of 1900, he was already a pediatrician with a comprehensive education and quite extensive medical practice.

He got employed at the Rev. Baudouin’s Orphanage, one of the oldest child care institutions in Poland, where he would work for the next four years. In 1904, Brudziński was invited to Łódź. He was offered the position of the physician-in-chief at the Anna

Maria Hospital for Children. Within just a few years, the hospital was significantly expanded, becoming one
of the most modern pediatric facilities not only in Poland. In 1909, he obtained a doctorate at the Jagiellonian University. In autumn of 1910, Brudziński accepted another challenge which consisted in establishing from scratch the planned Karol and Maria Hospital in Warsaw, which was formally opened in 1913 and where he was appointed as the physician-in-chief.

During the First World War, Brudziński got actively involved in building the foundations for future Poland. As soon as in 1915, he accepted the position of the Rector of the revived University of Warsaw and in 1916, he took the position of the President of the City Council of Warsaw. He did not hesitate to support the idea of the Act of 5th November 1916, believing that if it was possible to do anything for the future independence of his homeland, such a chance should not be rejected, even if it meant collaborating with the occupier. Despite his aggravating health problems, he did not shy away from the burden of his responsibilities. His premature death came on 18 December 1917. The following inscription was engraved on his tombstone: He built among days of confusion and doubt. With a burning heart, he embraced the Nation’s Yesterday, Today and Tomorrow.

He is remembered not only as a persevering patriot and an organizer of pediatric hospitals with a modern approach, but also as a prominent diagnostician
and scholar. In 1908, his article entitled O odruchu drugostronnym na kończynach dolnych u dzieci [On the Contralateral Reflex Sign in the Lower Limbs in Children] was published, which can safely be called a breakthrough in neurological disorder symptomatology. What is noteworthy, he dedicated this piece of work to Prof. Jakubowski. At the time Brudziński described a new sign that he had observed in a child with hemiplegia and named it the “contralateral reflex sign.” He indicated that extension of the affected limb occurs upon passive flexion of the healthy limb. On the other hand, passive flexion of the affected limb results in extension of the healthy limb. Later clinical studies proved that the reflex sign is also positive in patients with meningitis.

One year later, Brudziński published the results of his further clinical work. In the article entitled O nowych objawach w zapaleniu opon mózgowo-rdzeniowych u dzieci  [On New Signs in Meningitis in Children], he demonstrated that during the examination of a child in a supine position with the legs flexed in the knees, upon passive neck flexion towards the sternum, a characteristic contracture of the legs occurs, with a concurrent, sometimes very severe pain in the neck area. That is why it is commonly referred to as the “neck” reflex sign. Seven years later, in 1916, in his work O nowych objawach podrażnienia i zapalenia opon mózgowo-rdzeniowych [On New Signs of Meningeal Irritation and Meningitis], Brudziński described a characteristic reflex sign consisting in the flexion of the lower limbs
resulting from intentionally pressing the pubic symphysis and zygomatic bones. He suggested that the above reflex was positive in cases of meningeal irritation and meningitis.  It was termed the “symphyseal” reflex sign.

Both signs described above are commonly called “Brudziński upper sign” (neck) and “Brudziński lower sign” (symphyseal). The Polish pediatrician’s reports, which had also been published in German and French, became a subject of a broader international discussion and, along with Kerning’s signs, they are still a subject of clinical studies. Brudziński’s name is undoubtedly one of the most frequently quoted names of Polish physicians in medical literature.